Many people are not aware of this, but caffeine is not only present in coffee. Popular drinks such as tea, soda, and energy drinks can also contain caffeine. In this article, we are going to compare coffee vs tea caffeine.

Caffeine is always a big talking point when it comes to coffee. While it has a lot of positive effects on the human body, it can also have some unwanted side-effects. For this reason, we should be conscious of our caffeine intake, and it would be interesting to compare the amount of caffeine in the drinks that we consume on a daily basis.

How much Caffeine is in Coffee?

This is not a straightforward answer to give. Because there are various types of coffee and various ways to prepare it, the caffeine content from each type of coffee will differ.

To keep things simple, let’s have a look at brewed coffee. Also, let’s take decaf coffee out of the equation as well.

How much Caffeine is in Tea?

As with coffee, the caffeine content in tea will differ from the type of tea, and the way it is brewed.

Once again, we will take decaf tea out of the equation. Let’s have a look at brewed black tea and brewed green tea.

When looking at the figures above, it is generally safe to say that coffee has more caffeine than tea. Coffee is a more concentrated drink compared to tea. Generally, we use 5g of tea leaves to make a cup of tea and 10g of coffee grinds to make a cup of coffee. Coffee is also brewed at a higher temperature than tea, which means that the caffeine levels will be higher in coffee.

Where does Caffeine come from?

The Benefits of Caffeine

Caffeine has many benefits when consumed in moderation. Let’s have a look at a few of them:

The Side-Effects of Caffeine

As good as caffeine is for you, it can also have unwanted side-effects when not consumed responsibly. It is safe to have up to 400mg caffeine per day, and having more than that can cause the following:

The amount of caffeine in coffee and tea can vary depending on the type of coffee or tea, and how it is prepared. A cup of tea has less caffeine than a cup of coffee because coffee is more concentrated and brewed at a higher temperature.

Keep in mind though, you should not consume more than 400mg of caffeine per day. If your body is sensitive to high amounts of caffeine then you might need to opt for black brewed tea. Even better, try to have decaf black tea or even herbal tea as it has very little caffeine. 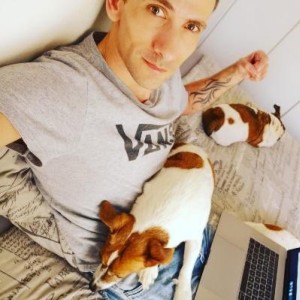